Get fresh music recommendations delivered to your inbox every Friday.

He Who Saw The Deep - DEMOS 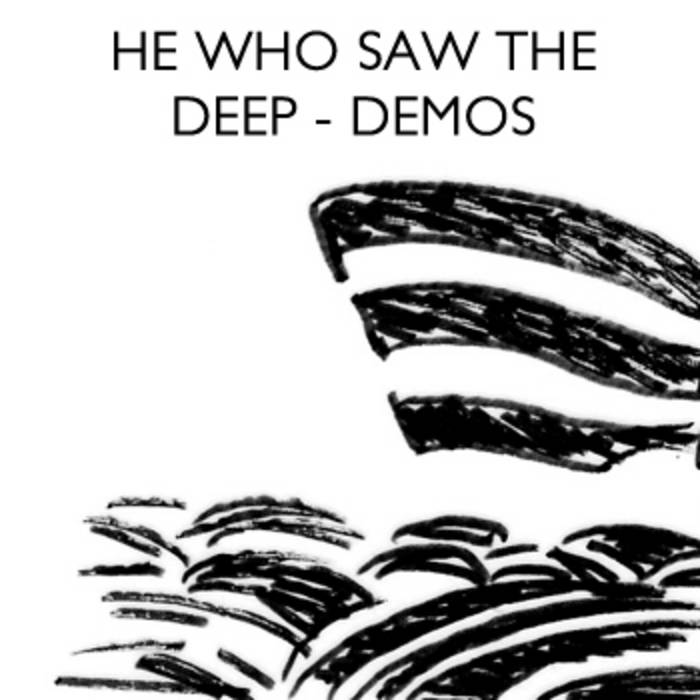 He Who Saw the Deep demos.

As we are at a similar stage of demoing for out next record, it has been interesting to revisit these ‘He Who Saw the Deep’ demos. Some of them were unfit for human consumption, and many of them we have no recollection of recording, but the ones we have chosen here we hope will offer an interesting and different listening experience for you, and cast some light on the process of writing and the evolution the songs underwent. I feel there can be something a little bit special about the sound of a good demo. For the bands I love, I find it quite fascinating to hear demo versions of familiar songs. There is a nervous tension, spontaneity and vulnerability that gets ironed out of the swaggering rock beasts that make it onto the album proper. These are ours, warts and all. Fluffed notes, scratch vocals, drum machines and bafflingly slow tempos…

This one came pretty early in the writing process, and was recorded in the home studio. I always referred to this as our ‘Low’ song, and if anything the demo is even more ‘Low’ than what we ended up with. Twin guitars and one in an extremely slack tuning that gives it a warm round woozy feel. Somewhere along the line it was scraped in favour of more levity but it sounds great here. The second verse hadn’t been written at this point and the first verse was just repeated. This isn’t uncommon for our demos!

A Divorce Before Marriage

Another home studio demo, this song actually came together very quickly as it was originally intended to be a b-side to Sea of Regrets. Somehow when the pressure is off and you’re writing for a b-side the process can be accelerated! The demo is built entirely around a little guitar loop. That was something that we were experimenting a fair bit with during the writing of the record, but not too many loops made it onto the album proper.

This was recorded in the house we tracked the album in. We went in to test out acoustics and to see if we thought doing the album there would be viable. The demo is a good example of a song which underwent massive changes throughout the writing of the record. It is recognisable but only just.

Another song which came together quickly. This is also built around a guitar loop that was eventually scrapped. The wonky keyboard part in the second verse actually made it onto the album version as we couldn’t recreate it again.

This was recorded pretty much all live, and is pretty much fully formed as the Sirens you will know. We liked this demo for its punk rock energy. Having a demo you become attached to can be a blessing and a curse. Whilst you know that the song is good, you can spend ages when going in to record properly trying to recreate the feeling you achieved on the demo when you weren’t really concentrating on the details.